isle20 started as a message to a few friends in early March, where I joked that I might put together a directory website of island businesses and call it isle20. That way, people could come and do their shopping in the islands even if they couldn’t make it over on holiday this year.

I was mainly tickled by the pun. I do like a good pun.

On a serious note though, I and many others, were becoming increasingly aware that tourism in the Scottish islands was going to be badly hit in the wake of Covid-19.

It was particularly acute for me at that time as I sat with a few thousand pounds worth of tea in my spare room. I had just taken my first proper steps into creating a wee tea label – Tiree Tea – with the intention of selling tea over the summer months. It was further compounded by the fact that just before the pandemic reared its head, I had decided to walk away from my main contract (as a Product Manager in software development) and take a few months break – selling tea and picking up work here and there.

My timing has never been good.

So yeah, a lot of tea, no work, no tourists… And then I got thinking. Back in the late 90s (gasp) when I was discovering the internet and starting to build pages, there was a world of directory sites. This was pre-google, poppets. Pre-google. I’m old.

Not only were there lots of niche directory sites, but there were site rings, where one site had a link at the bottom to send you off to the next site in that niche. Interest groups helped each other by collaborating and sending traffic to each other.

So I dusted off my web hosting, re-aquainted myself with the ins and outs of WordPress and got going. 8 hours later, I sent a tweet out on my personal account asking for wee island businesses to try signing up for a free listing – after all, if I was going to create a directory I needed some listings that were’t just my tea. And from a Product Management perspective, I needed to see what the uptake was – even at that early stage. If no-one was interested, then further work would be a waste of time.

For once, my timing was spot on. Businesses started signing up, the tweet got shared, and word of mouth got on the move. Six or seven weeks later there were almost 360 island businesses listed on isle20. At first it was a single page, then I added the option to view listings by island, then by category – it’s been a learning curve, and I’ve been building on the fly – no fancy staging enviroments here, just coffee, beer and swears. I’m not a developer by any stretch – I duct tape things together and hope they stay stuck. If you’re a dev wondering what my QA process is, I send my mother off with her tablet to try things out. If anything will bring up flaws in my tech or my user experience – it’s that!

Once the listings started increasing, I turned my attention to driving traffic to them. I threw caution to the wind, created a logo (I’m no designer either – let’s be clear about that!) and spun up some social media accounts. It might as well look real, I reasoned.

Then I got some lucky breaks – it was shared by the Peter and Jane Facebook page – which has a HUGE following, it was picked up by BBC Alba, and even managed to feature on the Guardian live blog. Slowly but surely it gathered momentum. A huge part of the success has been the social media sharing, where the businesss who are signed up share isle20 posts, regardless of whether they themselves are mentioned – which in turn drives traffic to everyone. Old school solutions for new problems.

In creating isle20, and increasing digital footfall to island businesses, I had found another problem, and created yet another.

The problem I had uncovered was that a large percentage of the businesses who had signed up only had a facebook page to direct people to. These are often wee businesses making beautiful, high quality products, but relying on local retailers or passing traffic. And whilst there are plenty of ecommerce solutions out there, even the supposed simplest ones can be daunting, and expensive.

As the Covid crisis gathered steam, people had approached me about building them websites – which I can do – but the risk was the upfront cost, coupled with on-going maintenance. The second problem was the one I had created (I’m good at creating problems). I had created a full time job for myself. A marketplace seemed like the obvious solution to both those problems. So I built one on a commisison based model and started advertising it. It has shown great potential to help folk sell beyond the crisis – hopefully extending the sales season.

And that’s where I started thinking that what I really wanted to do was keep experimenting.

If you’re on twitter at all, you might have come across my ramblings. Lots of them relate to islands, to culture, to the importance of seeing islands as communities first and destinations second, and to the need to build resilience that takes us beyond reliance on tourism. (tl;dr Tourism is good when well managed to the benefit of residents, but it should not be the raison d’etre of a place. Our islands are more than the sum of our campervans.)

We are islands full of incredible talent and skills not to mention a propensity for hard graft in multiple roles, and a capacity to cope with crises. The traditional island way is to problem solve, to make do and mend, to reuse and recycle and to find new and more efficient ways to complete tasks. Historically, when you were a small community in the middle of the sea, at the mercy of the weather and nature, you were forced to innovate – and to work together. Crops failed, animals died, boats sank – and you had to carry on. All of these things remain true despite having internet and it being 2020.

For me, Covid19 has simply crystalised my thinking. It has brought into sharp relief the risks of increasing reliance on tourism. In fact, tourism is only one of the pillars that hold our communities up. We need to remember that. There are many successful businesses in our islands which trade beyond island shores. Our islands have long bred explorers and seafarers who have traveled the world, bringing back new ideas and notions. There are two ostrich eggs in this house that remind me of that every time I open the cupboard and wonder what on earth to do with the wretched things that my Great Uncle brought back proudly from a jaunt to Africa.

Isle20 is not a new idea. Web directories were the original world wide web. Marketplaces are as old as civilisation. Isle20 applied an existing concept to a new problem – products for tourists, but no tourists.

I am currently piloting a new idea in Tiree. isleEats.com is an online food ordering service for the islands. It’s a similar concept to isle20, but lets food businesses get online fast, take payments, and offer pick up and delivery on their terms.  It is designed to help food suppliers sell easily and locally, and to let tourists buy local more easily.

Again not a new idea. But the application of an existing solution and concept to a new location and type of problem – with the potential to grow beyond the current crisis.

Recently, I’ve been trying to figure out how my last 4 months fits together – 2 projects, islands, digital solutions, ideas, communities, small businesses, jobs,  experimentation… and I’ve realised that I really enjoy coming up with ideas to solve problems, and trying them out. I love growing something and watching it develop. I don’t know where isle20.com or isleEats.com will end up – but I am excited to find out. More than that, whether they crash and burn, or indeed grow, I know I want to keep experimenting with ways to grow economic resilience in the islands – and I want to help others do it too. Moreover, I don’t want to profit from island communities – I want to help the communities profit.

So I incorporated as Isle Develop CIC –  a Community Interest Company.

Isle Develop CIC is now the parent company for isle20 and isleEats.

I know I’m not alone in having ideas about how we can grow our island economies – and so I don’t just want to develop my own ideas, I want to figure out how I can help other people to grow and test their ideas too.

After the dust settles on 2020, I hope that isle20 and isleEats will be just two of a number of projects taking shape with the support of Isle Develop CIC.

I have no idea how I’ll make all that happen yet – I’ll cross that bridge when I get to it!! What I do know is that I am much more comfortable taking isle20.com, and now isleEats.com, forward as projects under a social enterprise banner. It means that after salaries, all profits will go back into supporting small businesses and innovation in the Scottish islands.

5 thoughts on “The origin story” 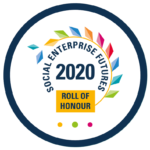 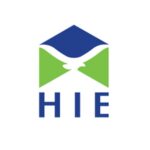 We’re based in the lovely Isle of Tiree.